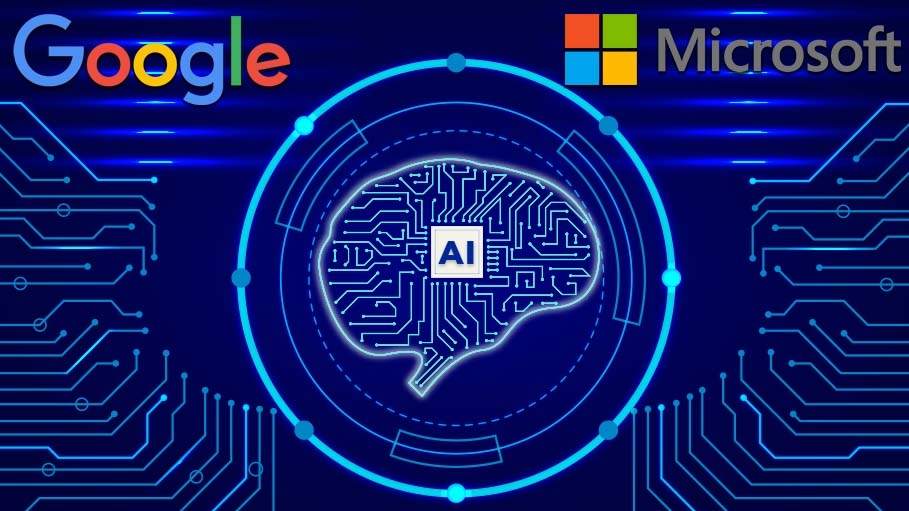 While enterprises are building businesses around Artificial Intelligence, Machine Learning and even Robotics at an alarming rate, there is speculation among masses about the risks involved.Several headlines abound about how technology and automation are snatching jobs from humans. At the same time, we do not highlight facts that so many startup companies working on these niche technologies are creating new jobs. Technology Leaders like Microsoft, Amazon, Google and IBM are investing heavily as well as hiring at a fast pace from top educational institutes.The fears are spreading beyond concern over blue-collar jobs. Now there are greater worries that even white-collar jobs that require additional training and education will be replaced by artificial intelligence and AI-powered robots.

Let’s look at AI’s impact on jobs from different angles.

If you base your analysis over long term perspective, it’s really quite likely that most of the jobs that we see around us today will disappear and will be taken over by machines. More than a hundred years ago, half the population was focused on agriculture. And today it’s less than 2 percent, but yet we’re feeding five times the number of people. Let’s not ignore the steady increase in population Y-on-Y. Obviously, there has been a several hundred-fold increase in the productivity there which is another fancy way of saying there’s much, much fewer jobs in the field today. And this will continue. Just think about it, without AI and robotics how could we manage the same output in food and agro industries. Looking back, one point gets evident that technological innovation has technically been taking jobs from humans for centuries. Humans replicated the human muscle, first with the steam engine and later with the internal combustion engine, which in turn gave birth to the Industrial Revolution. Consequently, jobs that required the human beings as a provider of that physical force dissipated over time.What we are doing now, is replicating the cognitive abilities of human beings. And when you think about it, cognition and muscle are basically the two big constituent elements of human beings. So I think yes when both of these things are replicated, more existing jobs will be lost, and we are already trajecting the path to do so, but it will also create new jobs.While you realize the growing implementation of AI and robotics in the field of healthcare, from babycare to collecting blood samples, surgical assistance to care for the elderly, I personally believe that machines will never be able to replace the human touch.Technology and machine can not do what doctors, nurses, physiotherapists, lab-technicians and other personnel do in healthcare. There’s the analysis or diagnosis part of what the doctor does and then there’s the actual caregiving. Doctors are indispensable and also, I think when it comes to caregiving, people are always going to want the human touch.Besides agriculture and healthcare, manufacturing is another big sector that has already been impacted by robots.

Robots have completely taken over manufacturing. Even in low-cost manufacturing destinations like China, Taiwan, Malaysia, they find it more cost effective to buy millions of robots in comparison to keeping relatively lower paid workers around on the factory floor. In the potato wafers manufacturing, organizations are using AI and ML to separate out bad potatoes basis color changes, which saves a lot of time as compared to manual process, thereby enhancing productivity several folds.The future of AI will involve more narrow intelligence, which is specific to and specialized in certain areas and can exceed human capacity in those areas, but isn’t broadly as capable or competent as a human being. After all it’s human brain behind new technology and innovation. That’s where we are now, but over the long term as the technology is adopted, most of our present jobs will go away.One point is certain that many of the older or existing jobs will go and new jobs will be born which will need latest skills on AI, ML and robotics. The questions that keep cropping up are how will we survive economically and will our needs be fulfilled. Furthermore, will we be able to find satisfaction in the pursuit of some labor that is an expression of higher human legacies and  traits. The answers to all of these questions are yes, we can certainly do that, but it requires a societal agreement, a rewriting of the social contract. We will have to to rewrite the economic norms that govern how somebody is considered economically valuable in a society, and in an economy.Let’s look at the timeline estimates.

According to AI experts, the rate at which AI progress is occurring today, there will likely be some fundamental breakthroughs over the next five to ten years. There will probably be other kinds of tasks that we’ll be able to have machines perform which today they can not.Robotics is similarly progressing at a very fast pace. Robots can now do backflips. From a mechanical standpoint, that’s never been possible earlier. When you combine all of these innovations, I think the time is about 15-20 years, when we will actually see almost magical machines that an observer today will look at and say, ‘Wow, all these could be possible only in science fictions, but….’

Governing bodies need to focus more on preparing for the technological revolution. If they don’t, it could have serious consequences.If we’re caught unprepared and we enter this era in a way that is unplanned, then I think we will not be immune from the kinds of destabilization and disruptions that will result in...Technological unemployment is not a new topic, though quite controversial. Frankly speaking, for a good number of years, man could not invent the sort of AI or robotics that could conduct routine tasks with regularity and precision. We are quickly approaching a period where that will occur. Thus, there will be some massive disruption across different industries.

However, it seems that there’s been too much fanfare about the imminent end of routine work. Let’s consider the area of self-driven vehicles and human drivers, for example.

The technology is almost there, but not in a complete way, needs lot more research, technical prowess in deployment, thorough Quality Assurance and Control, governing policies and much more. We cannot forget the recent crash of a self-driven Uber cab under testing that killed a woman pedestrian in Arizona. Now we should not take solace that it will never be there, because it will. But policymakers have a chance to think about what the future of work means, and to put in place policy pathways that can facilitate a transition for those that are in work categories more likely to experience significant displacement.

Another aspect is human acceptance of technological advances. How many passengers will accept using self-driven vehicles, for example or how many parents will welcome a robot as a nanny, these are different levels of questions that need to be brainstormed.Today, artificial intelligence goes way beyond the field of home or office automation and as technologies continue to advance, it’s likely more jobs will be affected. There’s nothing more permanent than change itself. But it’s up to you and me to determine to what extent, and in what ways this change will happen. Practically, it’s wise to say that planning and preparation are the key to whether AI, ML and robotics help or hurt us. For a growing economy and progressive society, if there is right kind of governance in place, the niche technology implementation will definitely prove to be great innovation.