Mehwish and Nick watched the Men’s Semi-Final at the Arthur Ashe Stadium in New York, which Rafael Nadal played with Matteo Berrettini. 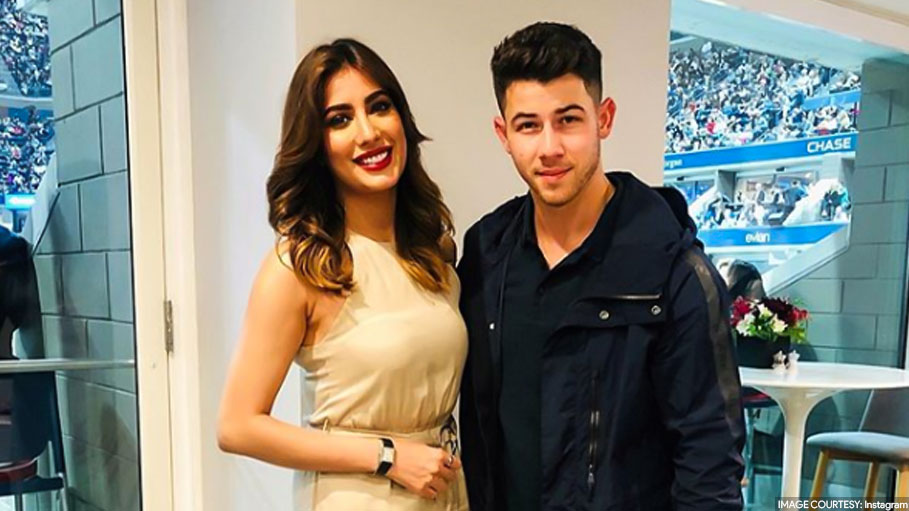 Mehwish Hayat, the Pakistani actress who is popularly known for her controversial comments and has criticised Priyanka Chopra recently when Priyanka defended her ‘Jai Hind’ tweet after the Balakot airstrike, got close to Priyanka’s husband, singer Nick Jonas recently at the US Open.

Mehwish and Nick watched the Men’s Semi-Final at the Arthur Ashe Stadium in New York, which Rafael Nadal played with Matteo Berrettini. Mehwish posted a picture of herself with the American singer Nick Jonas, instantly on Instagram earning herself a spot on the trending list.

She also wrote, “Guess who I ran into at the US Open Men’s Semi Finals in New York! One thing we both agreed on was that we were both rooting for Rafael Nadal!” Rafael indeed won that match as well as the final, defeating Daniil Medvedev thereby winning his fourth US Open title.

Priyanka Chopra was not around, as she was out in Toronto to promote her film ‘The Sky Is Pink’ at the ongoing Toronto film festival, thereby preventing a potentially untoward encounter.

Last month, Priyanka Chopra was confronted by a Pakistani blogger in Los Angeles asking about her support for the Balakot airstrike, which took place earlier this year. Following which Priyanka Chopra tweeted a post followed by many other celebrities. Priyanka tweeted succinctly, “Jai Hind”.

The Pakistani blogger then accused Priyanka of encouraging war during a press conference at Beautycon, to which Priyanka responded, “War is not something I am really fond of but I am patriotic, so I am sorry if I hurt sentiments to people who do love me and have loved me. But I think that all of us have a sort of, a middle ground that we all have to walk. Just like you probably do as well. The way that you came at me right now, girl, don’t yell. We are all here for love”.

Mehwish Hayat was also among the Priyanka Chopra’s critics, writing in an opinion piece for CNN, Hayat wrote, “This is where Priyanka Chopra and others have made a mistake: by lending their name to racism dressed up as patriotism, they have done us all a disservice”. She also accused Bollywood of “fuelling hate an Islamophobia”.

On her Bollywood hit list, Mehwish Hayat also includes Shah Rukh Khan and Alia Bhatt. But she has recently claimed that the song Prada, in which Alia Bhatt appears, is a copy of Pakistani musician Shoaib Mansoor’s Goray Rung Ka Zamana. She has also accused Shah Rukh Khan of promoting an ‘anti-Pakistani project’ through Bard Of Blood, which is an upcoming Netflix series produced by Shah Rukh Khan and starring Emran Hashmi.

Mehwish Hayat is much known for her controversial comments, still, she is best known for her work in films such as Load Wedding and Actor In Law.