Sikkim is the world’s first 100 percent organic tea estate and has recently received the Green Oscar. 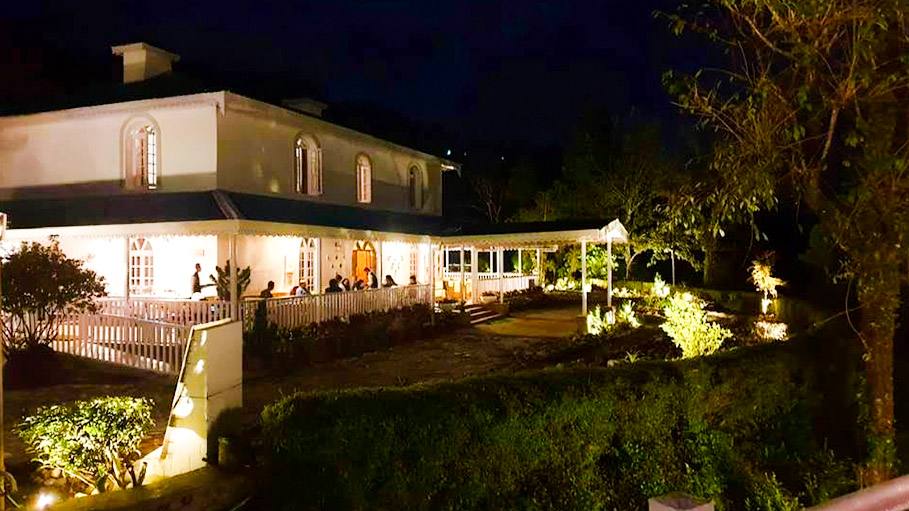 Sikkim government has now taken the PPP route to unlock its tourism values and as a starter, it has teamed up with the Kolkata-based Priya Entertainments Pvt Ltd (PEPL) to aggressively tap tea tourism potentials. For Priya Entertainments, that had produced “Aranyer Din Ratri” (Days and Nights in the forest) in 1970, it’s like history coming a full circle, as it starts actually offering discerning tourists a real-life experience of days and nights in the lap of nature- at the 125-year-old Bada Bungalow within Temi Tea Estate.

Rechristened as The Eco Adventure Resorts, Temi Bungalow, the throwing up of the Bada Bungalow, marks the first such PPP initiative between the Sikkim government in the tourism sector. Temi Tea. Sikkim is the world’s first 100 percent organic tea estate and has recently received the Green Oscar. The recent move aims at turning Temi Tea Estate into a major tourist destination in India, said Arijit Dutta, managing director, PEPL.

Built by the British Christian missionaries in 1885, the Bada Bungalow is an antique structure and an architectural marvel that has withstood the test of time. The story goes like this: the Bada Bungalow housed the British pastors during India’s pre-independence. The pastors left Sikkim, a separate country then, while the British left India. It was then when the Forest Rangers took over this beautiful bungalow.

Mrinalini Shrivastava, the managing director of the tea estate, who otherwise belongs to the Indian Police Service, said that the eco-tourism project on the sprawling 376 hectare land, will not only help them unlock the value of the otherwise abandoned, dilapidated property, which got damaged in the wake of the massive earthquake of 2011, but will also give the much-need facelift to ‘Temi Tea’ brand of tea, because the tea tourism project is expected to draw a large number of tourists from all over the world.

“We strived to uphold and enhance the historic value of this property and showcase the culture and heritage through the prestigious resort. We have brought on table PEPL’s knowledge and experience gained from the path-breaking and successful Eco Adventure Resort at Khairabera, Purulia and realise our dream of Eco Adventure Hill Tourism and present a cocktail of heady and adventurous hill eco-adventure tourist attraction as well as entertainment and adventure sports in the form of mountain biking, paragliding, ziplines and so on. Anyways, it’s serene. The surrounding is truly picturesque with lush green mountainous terrain all along. And it has got everything to draw tourists from all over the world,” said Dutta.

The latest move by the Sikkim government is expected to give a major fillip to Temi Tea brand, while creating value out of its unutilized property.

It is actually a tribute to the 50 years of the visit of the 12th Chogyal His Majesty Palden Thondup Namgyal and his wife Queen Gyalmo Hope Cooke, to the estate in September 1970 when they planted the two bushes side by side one from the Salembong variety and another the T 78 variety. The inauguration of the Eco Adventure Resorts at Temi Tea Estate in Sikkim where a heritage structure, Bada Bungalow, has been transformed into an Eco Adventure Hub marks the first such PPP initiative between the Sikkim Government in the tourism sector.

The Eco Adventure Resort has at present a facility of 5 rooms along with 7 cottages, a view desk with future expansion plans.  The BADA Bungalow will be the epicentre of attraction of the TEMI Tourism Project.