Vatican City: Catholic Order, of Which Pope is a Member, Hit by Priest Abuse Scandal

The Catholic Jesuit order, of which Pope Francis is a member, has been rocked by claims a prominent priest abused several women, a case raising questions about how the Church sanctions offenders. 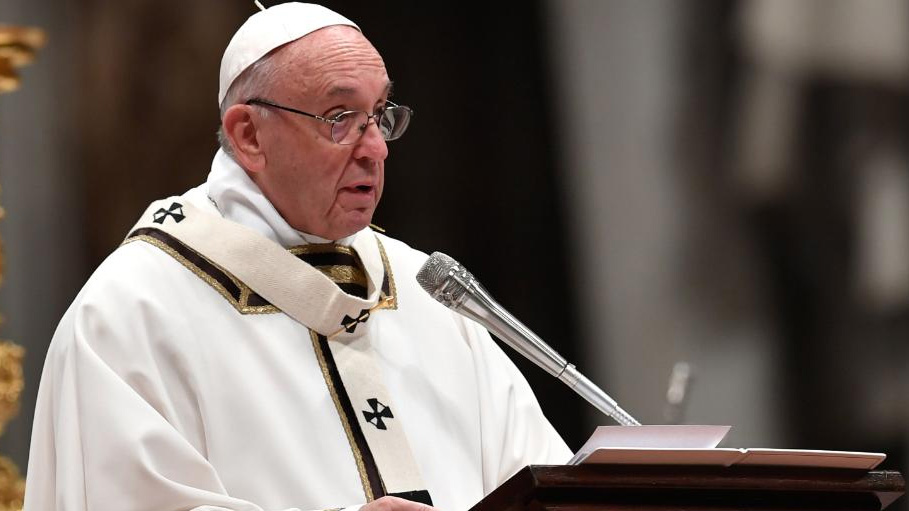 Vatican City: The Catholic Jesuit order, of which Pope Francis is a member, has been rocked by claims a prominent priest abused several women, a case raising questions about how the Church sanctions offenders.

Father Marko Rupnik, a 68-year-old Slovenian priest and world-renowned artist, is accused of abusing a number of women at a religious community in Ljubljana in the early 1990s, in what press reports said involved sexual and psychological violence.

The case first emerged in the Italian media, before the Jesuits -- one of the main Roman Catholic orders, founded in 1540 -- revealed it had sanctioned Rupnik, denying him the right to hear confession.

The Vatican's dicastery (ministry) for the doctrine of the faith was involved in the case but said it could not put Rupnik on trial because the statute of limitations had expired.

The Jesuits later revealed that, in a separate case, Rupnik had also been convicted of the "absolution of an accomplice... in a sin against the sixth commandment" -- namely absolving someone for having sex with him.

This is a serious crime in church law, for which Rupnik was automatically excommunicated from the Catholic Church in May 2020. The excommunication was lifted by a Vatican decree later that month.

"To remove the excommunication, the person must acknowledge the fact and formally repent. And Rupnik has done so," Father Arturo Sosa, the Jesuit superior general, told journalists earlier this month.

Asked if Pope Francis had been consulted about Rupnik's case, Sosa said: "I do not have a direct channel with the pope."

He added: "Before making the decision, I can imagine that the prefect of the dicastery spoke with the pope. That seems normal to me. But I cannot say yes or no."

Rupnik is also a well-known mosaic artist. His works adorn a chapel of the apostolic palace in the Vatican and the facade of the basilica in Lourdes.

The case against him has sent shockwaves through the Jesuit community, at a time when the Catholic Church is still grappling with the outcry over the clerical sex abuse of children -- and subsequent cover-up.

The Jesuits, who count 14,500 members worldwide, have urged anyone else with a complaint to come forward, promising to listen "with understanding and with empathy".

The allegations of abuse against the women of the Loyola Community in Slovenia were initially reported to the Vatican in 2021 and then passed on to the Jesuits.

An independent investigation found in January 2022 that there "was a case to answer" and recommended the Vatican bring Rupnik to justice, according to a timeline published by the Jesuits.

In October 2022, the Vatican dropped the case because it had timed out but the Rome-based Jesuit order said sanctions imposed on Rupnik during the investigation continued.

These include a ban on giving confession and accompanying spiritual activities, and a ban on exercising public activities without permission from his local superior.

In a recent interview with Italian newspaper Domani, a 58-year-old religious sister claimed Rupnik pressured her into having sex with him.

She believes the priest was "protected" by the church hierarchy and claimed all her complaints since the 1990s had gone unanswered.

Last week, the Slovenian bishops expressed their "consternation" and "sadness" at the case, and condemned what happened.

"We regret the failure of officials to take the necessary measures, and the cover-up of acts of sexual and spiritual violence, as well as the abuse of power and authority," they said.

Contacted by AFP, the Vatican has declined to react, while requests for a comment from Rupnik have gone unanswered.

But behind the scenes, the case has provoked questions about the ability of the Holy See to respond to allegations of abuse, particularly historic claims.

Rupnik meanwhile maintains a consultative role in several departments in the Roman Curia, the government of the Vatican.