Artificial Intelligence is now able to generate images and videos of animate as well as inanimate objects, convert words to images, create faces of humans who don’t exist and even produce awesome works of art. Today, there’s a marketplace for original artwork created by AI. 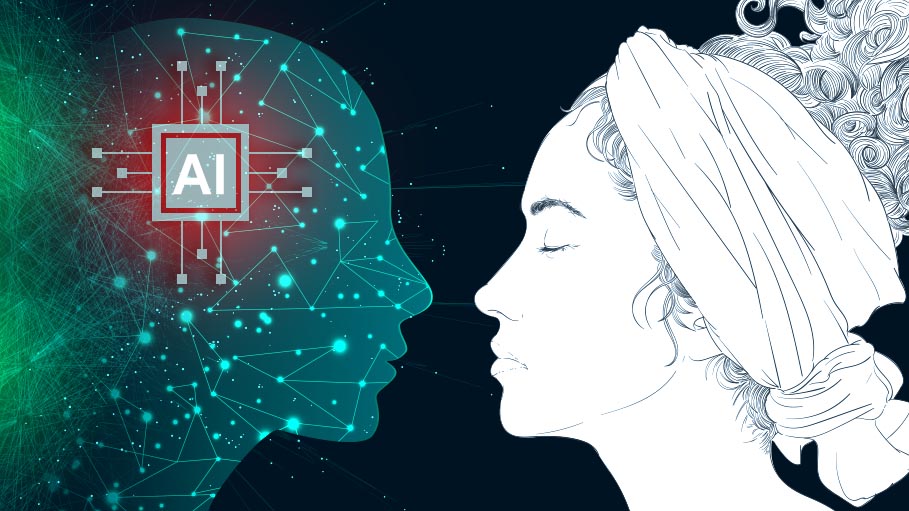 Artificial Intelligence (AI) is not considered just an emerging technology with a bright future, it is indeed a robust growing platform, impacting several industries and touching numerous spheres of life. AI algorithms need enormous volumes of datasets to be trained appropriately, after which the system can not only decipher pictures, such as recognizing a dog is a dog or differentiating a chair from a table, it can also generate original images and create exceptionally amazing artistry of quality associated with those of Picasso or Michelangelo. AI model that makes it possible has matured substantially over the recent years and it produces perfect output for certain applications but needs more refinement in other cases.

AI Recognizes What an Image Is

Computer scientists have spent around two decades to teach, train and build machines which can visualize the world around them, a normal skill that humans take for granted, yet it’s one that’s highly challenging to train a machine to do, kudos to artificial intelligence for making it possible!!

Two major ground-breaking improvements in AI image processing have been facial-recognition technology in both retail and security, as well as image generation in all fields of art. The commercialized usage of facial recognition technology is to improve sales and marketing of products including efficient targeting of audience. In China some office complexes have vending machines installed that identify shoppers (employees working in the complex) through facial recognition technology and track the items they take from the machine to ultimately raise invoice to the shoppers' accounts. Even anonymous data about shoppers assimilated from cameras such as age, gender, complexion, hair texture and body language are helping retailers enhance their marketing efforts and provide an improved customer experience.

Retail giants Amazon, Walmart and Alibaba have deployed robots for inventory monitoring and maintenance. The robots use computer vision to detect when a shelf has reached threshold limit and needs to be filled with products, so they can raise alerts to ensure proper inventory is maintained. Several other retail chains are testing similar techniques.

An iPhone app known as Seeing AI, uses artificial intelligence to help blind and partially sighted people navigate their environment by using computer vision to identify and speak its observations of the scenes as well as objects in its field of vision. From Face ID to unlock the iPhone X to cameras in the bank used to identify fraudsters as well as the algorithms that allow social media platforms to identify who is in photographs, AI image recognition is playing it’s cards so well.

Using AI to Create an Image

Once artificial intelligence algorithms were perfected to recognize and differentiate images of furniture from crockery, a dog from a cat or a tiger, a cup from a saucer or a tumbler, the next step is to sharpen the skill for AI image creation. One of the earlier hurdles to having AI create realistic images was the necessity for enormous datasets for training. With today’s substantial computing power and the incredible amount of data that is collected, AI has overcome that blockade.

In my last article, I had explained how Generative Adversarial Networks (GAN) are taking the modern industry by storm. An AI system uses GANs to create genuine works of art. It uses two neural networks to achieve this; one that creates an image and another one that judges, based on real-life examples of the target image, how close the artificially generated image is to the real specimen. After scoring the image for accuracy, it sends that information back to the original AI system. That system learns from the feedback and returns an altered image for the next round of scoring. This process continues until the scoring machine determines the AI-generated image matches the “control or standard” image.

Artificial Intelligence is now able to generate images and videos of animate as well as inanimate objects, convert words to images, create faces of humans who don’t exist and even produce awesome works of art. Today, there’s a marketplace for original artwork created by artificial intelligence. Google hosted an art show to benefit charity and to showcase work created by its software DeepDream. It sold an AI-generated piece of art that was a collaboration between human and machine for 8,000 USD along with other marvellous AI created stuff. The human creator or artist that who was part of this collaborative effort, Memo Akten explained that Google made a better "paintbrush" as a tool, but the human artist was still critical to creating art that would command a price tag of 8K USD. Another AI-generated piece of art, Portrait of Edmond de Belamy was auctioned by Christie’s for $610,000. Akten’s sentiment resonates how other industries have utilized AI to complement and augment the work of humans rather than make human engagement completely unnecessary. Artificial Intelligence is creating a niche for artists to take a unique route they may not have envisioned prior to these breakthroughs and machine collaboration.

Are you ready to collaborate with AI on your own original work of art? If you are interested in digital art, you may check out Deep Dream Generator or Deepart that can transform any image you upload and create a new one following a particular style of art. Need inspiration from what other artists have created? Just check out the users’ gallery. If you like what you create, you can even get them printed to display on your wall! Artificial intelligence and computer vision will continue to impact not only the way we work, live and entertain, but also the way we create. Do you see the immense potential AI holds for humanity?