Technology Leaders Google, Amazon and Microsoft recommend Edge Computing - the collection, processing and analysis of data at the edge of a network in a decentralized storage environment - to add a layer of Security for AI and ML Implementation. 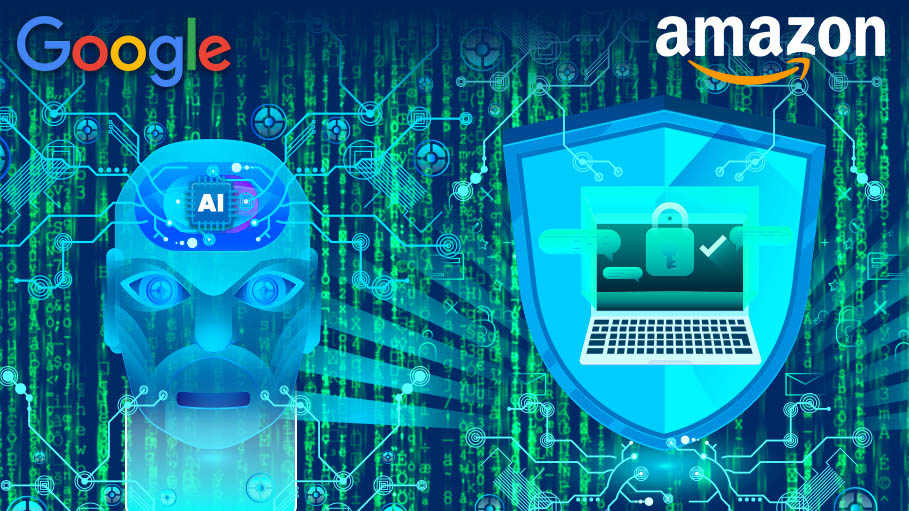 Every industry has been so disrupted that there’s nobody with the single right answer anymore, it has ceased to exist. The business status quo has evolved so much that there is nothing in black and white anymore, everything has shades of grey. It is more so in the technology ecosystem with advances in artificial intelligence (AI) and machine learning (ML) promising tremendous results for authentication, identity proofing, and overall cybersecurity defense. However, hackers and cybercriminals are creating more sophisticated attack trajectories as these technologies become readily available, nurturing an ever-expanding Armageddon.Exponential technologies like artificial intelligence, neural networks and the like are being deployed through automated bots that impersonate human behavior to carry out malicious attacks. Technology leaders like Google, Amazon, Microsoft, and others are also apprehensive about the fact that the potential of these powerful technologies is likely to be misused by hackers and cybercriminals. AI is being used by hackers to scavenge around social media for personal information, carry out more personalized phishing attacks, find loopholes in security systems, scale up pre-existing attacks, even break into online accounts using rapid credential stuffing techniques, all of which have gained momentum this year.

Rapid credential stuffing technique entails using special software to repeatedly attempt to gain access to customers' accounts by using the login details it has obtained from elsewhere. In a recent case, the hackers were found using login credentials stolen three years ago from a gaming website called XSplit. In some cases, users have the same username and password, so the login succeeds. This can lead to further problems for victims of this technique. If the passwords match those of accounts on other systems or sites, these accounts may be compromised, or criminals might commit identity theft using the private data of their victims. This is further exhausted by the simple fact that data from these breaches, emails, passwords, social security numbers, IP addresses, etc., is easily extractable when stored on improperly safeguarded centralized systems.Services which depend on these types of storage systems for their users’ private data should consider transitioning to a decentralized approach. Looking at the recent cases of breach, organizations are seriously considering data decentralization and democratization, where AI can aggregate information in bulk and distribute it across multiple edge devices. For data defenders to keep up, AI and analytics need to be implemented with a much higher rate of accuracy. The key to success lies in making AI processing as local as possible without sending data over networks or to other processors. In a sensor-based world driven by smartphones and other internet of things (IoT) devices, the often overlooked area of edge analytics can provide swift, precise authentication.Edge Computing is the collection, processing, and analysis of data at the edge of a network either at or close to a sensor, a network switch or some other connected device. Businesses spanning industries already deploy millions of sensors on smart devices at the edge of their networks, but the massive amounts of data they collect is usually next to impossible to manage properly and often cause a bottleneck on network infrastructure. Edge computing greatly reduces the latency of data analytics and critical decision making while lowering bandwidth, which is particularly beneficial in remote locations and real-time applications. This powerful computing technology also scales an organization’s processing and analytics capabilities by decentralizing to the sites where the data is actually collected.Edge computing, also referred as edge analytics, is most beneficial for industries, such as Banking, where data insights are needed at the edge quickly, in real-time, at the source where it’s created. Fraud detection and behavior analysis are areas gaining in a big way. The capability exists for Artificial Intelligence and machine learning algorithms to be trained to continuously learn patterns of user behavior to catch hold of deviations and flag them as fraud attempts. The algorithms can also be trained to perform behavior analytics at the edge instantaneously. In case any fraud attempt is detected on an account, the algorithms must make a rapid decision to block such attempt and notify the customer as well as the service provider immediately.IoT and sensor-based systems must be simultaneously aware and responsive to their own local context. Such systems should be able to leverage the power of the cloud and compute power for more global use cases. An autonomous car needs to determine in real time whether there’s a living element at the crossroad and make the decision to halt. It can’t afford to send massive amounts of raw sensor data to the cloud and then await a response on target identification to return before making that decision. On the other hand, it can afford to wait a while before rendering an AI judgment on whether the living element is a human pedestrian and has a great sense of style.    You may wonder whether it is possible to have decentralized AI systems running on a smartphone or edge device, considering the constraints it would have such as a limited battery, processing power, and storage capacity. It is getting more and more feasible to implement AI systems on an edge device. New types of chips based on neural processing units are becoming more common, and some software frameworks support running complex machine learning models on smart devices. Experts and analysts often argue that the future of AI is on mini devices since it is more energy efficient to perform computation where the data originated, rather than moving data around from client to server.  With hacking and cybercrime more prevalent than ever, the entire IoT ecosystem is at risk, including every system from the national power circuit to our home refrigerator, it's long past time for businesses to step up and implement effective defense systems. While it may not be easy to stop people from using easily detectable personal information, like weak passwords or pins, Artificial Intelligence, decentralization and edge computing offer us new opportunities for authentication to detect and prevent breaches. Hence enterprises must take complete advantage of evolving advanced technology at scale to provide a truly secure environment to users of their services.

SEE ALSO:
The Mystery behind Addition of UIDAI Contact in Your Smartphone Resolved - Google Takes Responsibility