The term Internet of Things may no longer continue to be used in all its whims and fancies as 2019 is going to be the year when IoT is expected to shift out of the hue-and-cry phase and become more integrated into life. 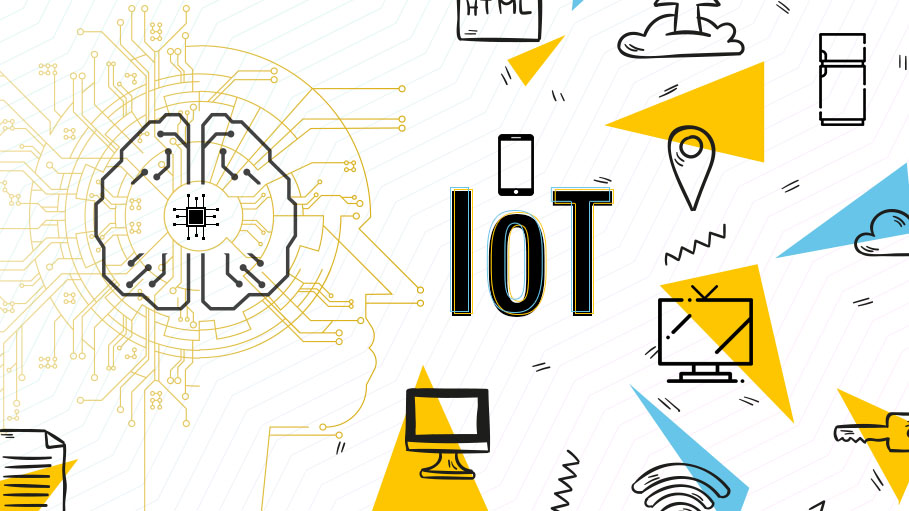 We ought to be grateful to the industrial revolution shaping a world that is more transparent, efficient, and progressive. For the development to be consistent and sustainable in this fast-paced digitization of business landscape, the need of the hour is to have a rock solid technology foundation. The technology trend indicates the Internet of Things (IoT), along with Big Data, Artificial Intelligence, and Blockchain, will continue to fundamentally drive our future.

The growth of IoT over the last two years has been a great game changer and is soon anticipated to play a pivotal role in our daily lives impacting both personal as well as professional status quo. Technology evangelists believe that the day is not far when almost every device that you may own, such as cars, watches, TV, refrigerator, oven or any kitchen appliances, wash cabin accessories, will be available online and will interact with each other seamlessly. Even in the industrial segment, OEMs (Original Equipment Manufacturers) are manufacturing intelligent and interconnected devices which produce data. The machine-generated data is driving efficiency and enabling new paradigms such as predictive maintenance to turn into a reality rather than remain a hype.

The term Internet of Things may no longer continue to be used in all its whims and fancies as 2019 is going to be the year when IoT is expected to shift out of the hue-and-cry phase and become more integrated into regular life. In fact, going by forecast, towards the end of this year there will be 26 billion connected devices around the globe. In this post I would like to discuss about a few prominent predictions with respect to IoT as we get increasingly accustomed to the fact that we just don’t connect to the internet using computers and smartphones only, rather any device we can fathom.

Organizations will Increasingly Embrace IoT
According to Forrester Research Inc. in 2019 business enterprises will lead the swell in IoT adoption, with 85% of companies implementing or planning IoT deployments this year. Perhaps it’s time, businesses are realizing the massive benefits IoT evidently offers.

If we recollect a few examples in recent years, we have seen customers ordering items in a grocery store through kiosk which communicates with robots that pick up the ordered items, create a package and send out invoices to the customers’ smartphones, delivering the packaged stuff through robots at the same time. Healthcare industry too has inculcated IoT implementation to its best advantage. Robots are used to collect blood samples, place in storage after labelling, pick up samples and push to testing equipment which does the testing and sends out results to the appropriate configured smart device, at the same time storing the results in the desired format in the database, which can be queried as and when needed.

However, when it comes to IoT implementation, Manufacturing industry reserves the best spot. Statistics suggest that the whole of 2019 will witness businesses increasingly unfolding the value in connected machinery that is capable of reporting every detail of its operating parameters and efficiency to other smart, connected devices.

Predictive maintenance has been quite a hot topic of coffee cup discussions amongst the technocrats and is something that has been promised for a while, but is currently achieved by only a handful of bigger players who have invested large sums in IoT for several years now. With a growing understanding of when these solutions are actually beneficial, these solutions will start percolating down to smaller and medium businesses, who can be confident of the ROI (Returns on Investment).

IoT will Impart Voice to Smart Devices
Undoubtedly the internet expanded the boundaries of communication at a global level, opening up vistas of immense opportunities for businesses and now IoT is embarked upon a long-term mission of practically making everything vocal. Personally, I am a big fan of Amazon Echo powered by artificially intelligent voice assistant Alexa. If you too are fascinated in building a smart home and/or office, then by now you must have got used to your voice controlling home devices enabled by Google Assistant, Apple’s Siri, Microsoft’s Cortana or Amazon’s Alexa.

Essentially every automobile manufacturer is working on digital assistants to guide drivers with road safety rules and vehicle operation related regulation while on the move. This year voice control powered with natural-language driven feedback is expected to increasingly become a prized choice for industrial and enterprise technology.

In ways more than one, voice control aids to keep our hands free to handle controls that still require manual input, and our eyes free to get vigilant on perils. It also epitomizes one more level of elimination of communication hurdles between machines and humans. If you recollect, initially it involved pure coding in machine language, which was soon replaced by graphical user interfaces, dashboards and interactive environments started gaining ground. Techno-geeks are working on voice recognition and generation technique (popularizing as natural language processing) to create technology for the common mass to enhance work as well as lead a better quality life.

Edge Computing will take Lead in IoT
Edge computing is the practice that facilitates data processing using algorithms at or near the edge of your network, where the data is getting generated, instead of in a centralized data-processing warehouse. In the context of the Internet of Things (IoT), the sources of data generation are usually at the point where the network touches the real world items, such as within sensors, cameras or other embedded devices.

The fact is that a small amount of data collected by these devices will actually have value. Consider a security camera for example, which may have to pass terabytes of video data to a central server, or cloud, but the only important portion of the data will be the few megabytes showing illegal or malicious activity. When these devices are capable of carrying out their own computation, rather than simply passing information on to be processed in the cloud, networks become less clogged with traffic and more computing power is available for the important tasks. In the camera example, image recognition algorithms running on hardware and software installed in the camera itself would analyze the video clip for malicious activity, and only useful video data would be passed on to the cloud for further processing and storage.

Artificial Intelligence will boost IoT development and growth
IoT cannot exist without artificial intelligence as both areas of technology work in coordination for a result. The IoT is useful and powerful because of the enormous amount of data that it generates. When you have hundreds or more machines interacting with each other in an enterprise network, it is beyond the ability of humans to analyze massive amounts of data that are churned out every single minute. Training machine learning algorithms to discover outliers in the data that could pinpoint opportunities for efficiency, or provide an early indication of an upcoming problem, is the primary task of AI within an IoT environment.

As IoT networks increase in size and complexity, they will become more reliable and will form pillars for new developments in AI and machine learning. AI also plays a pivotal role in keeping IoT systems secure, through automated threat detection systems.

IoT will Improve Safety in Work Environments
Factories, Shop floors and similar work environments are places where safety mechanisms are tough to maintain. IoT will help in monitoring and controlling conditions such as temperature, air quality, humidity, and lighting in such work environments. Additionally, wearables for the safety of the employees can be leveraged to keep a track of the individuals’ conditions and send on time alerts to centralized systems in case of any emergencies arising out of unavoidable circumstances. Interventions such as these will not only provide a safer work environment but will also enhance the overall performance of the workforce. You will agree that with safety comes greater efficiency and enhanced productivity.

IoT will Improve Transportation of Goods and People
Vehicle tracking systems which leverage IoT technologies to monitor vehicle movement in real time will be used for route optimization. This will help to reduce fuel consumption and improved transit times across the supply chain. Such solutions can be deployed effectively in the transportation of both goods as well as people.

Faster networks will enhance IoT environments
IoT environments depend a lot on speed and availability of data services and as of now, there are several locations across the globe, which are still not lucky enough when it comes to these smart connected technology or services. The first consumer-ready high-speed 5G networks are expected to go live this year, which have the potential to operate up to twenty times faster than current mobile data networks. This will broaden the scope of IoT implementation exponentially. The higher network bandwidth availability will help in enhancing the technology used by self-driving, autonomous cars, and public transport vehicles to a great extent. Enhanced IoT environments will turn dreams of smarter well-connected cities into reality much faster than estimated and provide much better living amenities.

Business models and digital strategies are heavily dependent on the tools and technology available to create an ecosystem that is sustainably progressive. The impact of IoT cannot be emphasized sufficiently in this disruptive paradigm. As we embark upon the IoT journey with greater vigour, the world will experience new cross-industry partnerships and innovative business models. Consequently, the cost of deployment and the generated value will get shared between all stakeholders as well as expand the reach across horizons.